June Drake was a prolific photographer in Silverton from 1904 until his death in 1969. His studio was on North Water Street for many years, which served as a showcase for his many photos and historic objects he collected. He considered his greatest achievement to be in successfully lobbying the state legislature to designate the ten waterfalls and land surrounding them as Silver Falls State Park, which was dedicated in July 1933. 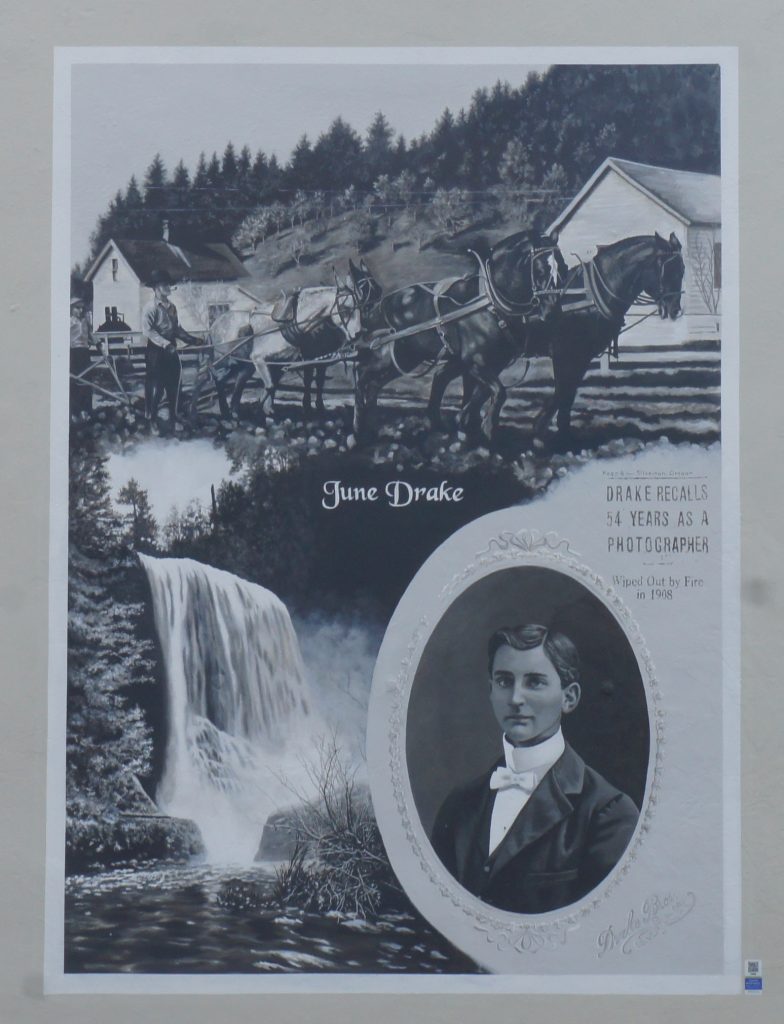