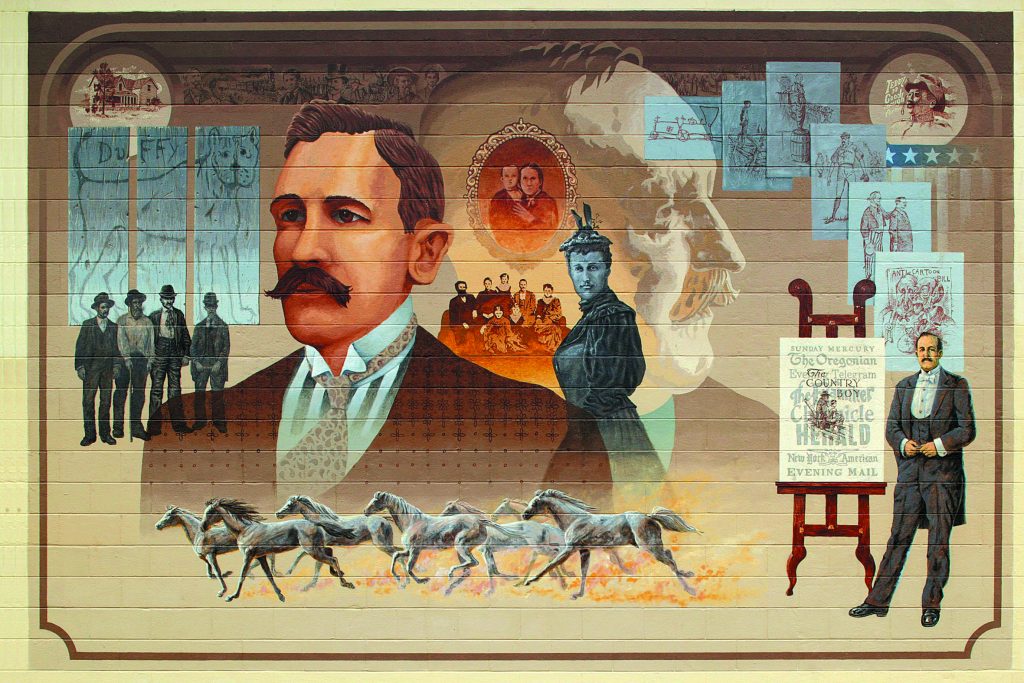 This mural was painted in 1996 by artist David McDonald and is located at 205 South First Street. It depicts the world famous cartoonist and author, Homer Davenport, who never forgot about his hometown Silverton. He was born on a small local farm, grew to young manhood, and eventually married a girl named Daisy. From the start Homer had a proclivity for drawing and is was said as a boy he filled every scrap of paper he could find – as well as the planks of an old firehouse – with accurate and often humorous drawings. Later he would illustrate local newspapers and eventually became quite rich and famous. He never forgot his roots as a small town country boy and often returned to Silverton for a respite from the outside World.

Aside from writing and drawing, Homer was a huge fan of Arabian horses and was the first to bring the breed to America, where the majestic animals can be seen gracing the hills of his beloved Silverton to this day.