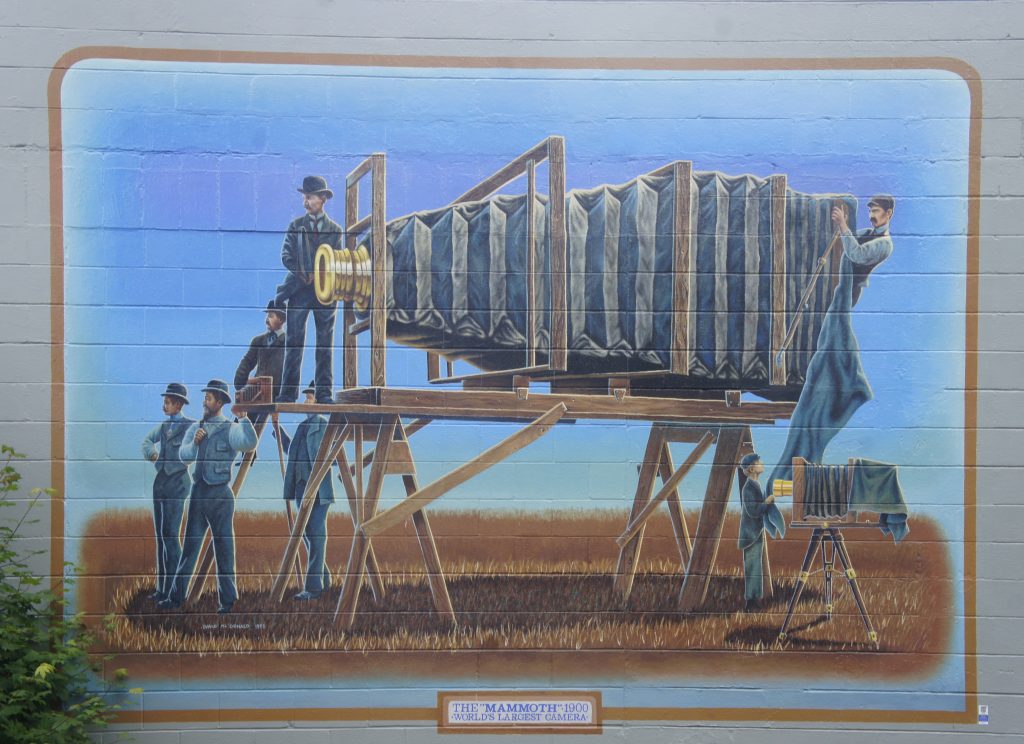 The Mammoth is yet another artist David McDonald’s works. It is located at 441 North Water Street and was painted in 1992. In the early days of photography, making enlargements was difficult and prohibitively expensive, especially considering that the images often came out blurred. The answer to creating large photographs was to use a large camera. The largest camera of them all was built in the United States around 1900 and was named the Mammoth. Officials of the Chicago and Alton Railroad Company has=d the camera specifically designed and built so that it could capture a single detailed photograph of their newest luxury train.

The camera’ glass plate weighed fiver hundred pounds on its own with the entire camera weighing in at over fourteen hundred pounds. It was moved about on its very own railroad car and could take as fifteen men to operate. The four-and-one-half-foot by eight photograph of the new luxury train taken by the Mammoth readily won the ‘Grand Prize of the World’ for the photographs at the 1900 Paris Exposition.