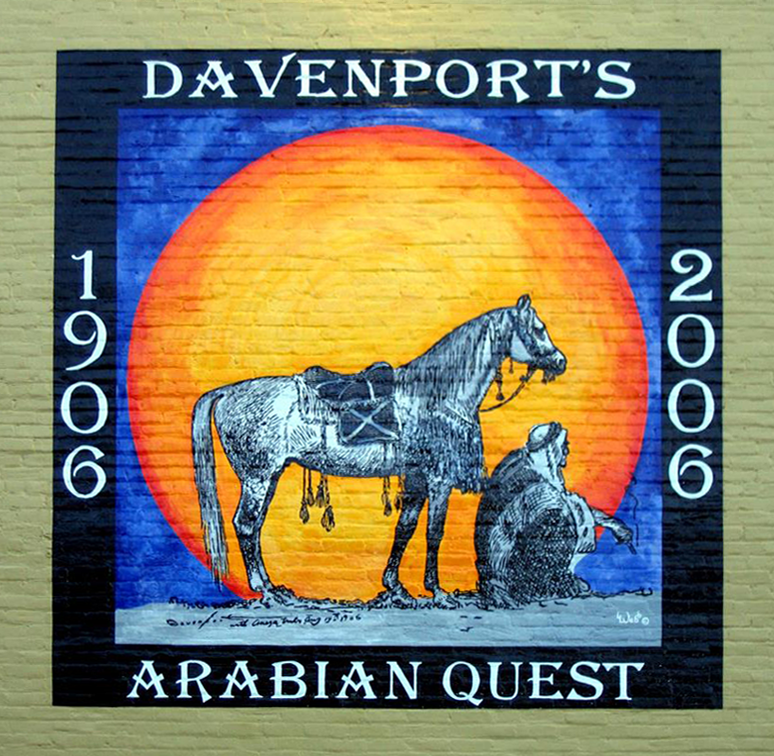 When Homer Davenport, the famous cartoonist who put Silverton on the map, was visiting the World’s Fair in New York City in 1902, he befriended an Arabian sheikh who was a breeder of horses. Through this association he was able to receive a small herd of twenty-seven purebred Arabian horses after a visit to Arabia in 1906. These were the very first of the desert-bred Arabian horses to arrive in America and became known as the Davenport Arabians. Descendants of this original herd can still be spotted along the hillsides and in pastures of the town.

Painted by Lori L Rodrigues in 2006, this mural graces the wall of the Wolf Building on North Water Street.